Pasty tea and toast, will you?

Mr Grigg had a bad night last night. He was tossing and turning as if he were on a spit. This morning, at breakfast, he told me he'd been having a nightmare.

'This is going to sound really weird...' he said, as I slurped my tea. 'But I dreamed I had a Cornish pasty stuck up my bottom.'

There was an interlude while he mopped up the PG Tips I spat all over him.

'Do you want me to tell you more?' he said. 'Or do you want to finish your Weetabix?'

I needed to know what happened next.

Once the Weetabix was safely down my gullet, he said: 'Well, I went to the doctor's, and I was in this kind of medical centre common room and there were lots of other doctors there. My doctor saw me and asked me what was wrong. I was really embarrassed and I whispered to him about the pasty. "Oh," the doctor said, in a loud voice, "I've had one of those up my own bottom for the past 18 months".

At this point, I was trying to get the jam out of the jar for my toast but Mr Grigg almost ended up wearing it.

He went on: 'So I didn't hang around - if he couldn't get his own out, what chance did I have? So I tried to get it out and it took ages. It really hurt. And do you know why it hurt so much?'

No, I didn't have a clue but I could imagine a pasty up the jacksy could be a tad painful, even in a dream.

Completely straight-faced, he said:'Well, it was a Ginsters pasty, and they're square.'

I frowned. 'Was this really a dream or were you just telling me a joke?'

I'm not a Ginsters expert but I don't think their pasties are square. I'm sure they're very nice but, in all honesty, after Mr Grigg's dream I don't think I will be trying one to find out. In this household, it could be tempting fate. But it's one way of keeping your pasty warm I suppose.

Breakfast over, I kissed Mr Grigg on the forehead, patted his bottom and went out in the garden to collapse in a heap.

That's about it
Love Maddie x

PS I've just been given a Lemonade Award for stopping by and reading Maternal Tales' blog. So I'd like to pass it on to Pondside for her always interesting comments. How else would I have ever learned that in Canada the name for a strimmer is a weed wacker?

Popular posts from this blog 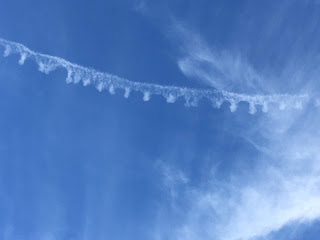 A Happy New Year to you all! Here's hoping that 2020 is peaceful, healthy, everything you hope for and full of blue sky bunting. After twelve happy years, I've decided to give up this blog. I wanted to say a big thanks for all your support. The World from my Window has opened many doors (and indeed windows) for me during that time, including an appearance on Channel 5's  The Gadget Show , and a weekly writing slot on the world's oldest weekly magazine for women, The People's Friend . I love sharing my stories with readers of my Maddie's World column and the People's Friend team are a joy to work with. Long may that continue! Through this blog, I've had a loyal host of followers from all over the globe, including particular champions in those dozen years. It's a huge boost and very humbling. Thank you. Since I was a young child, writing has been my thing. I started this blog during a creative writing course with The Open University in 2
Read more 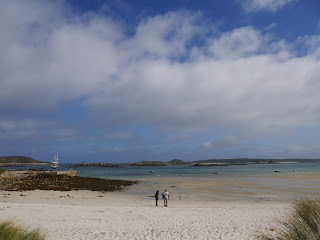 I’m on the Isles of Scilly with friends, the weather’s been glorious and there’s been lots of walking, paddling in the clear waters and spirited conversation. But the thing I’ve been most looking forward to, ever since I discovered a cairn at the top of the hill behind the house we’re staying in, is to take myself off for a couple of hours to read in complete solitude. Not just any book, though. The novel is one in which I’ve wanted to immerse myself ever since I ordered it. After it arrived, it sat on the chest of drawers next to my bed, on top of David Nicholl’s Sweet Sorrow , John Lanchester’s The Wall , and Stephen King’s The Outsider . I’d been given a book token and went a bit mad. My literary tastes are somewhat eclectic but a good friend tells me the common denominator is the quality of the prose. ‘You like good writing, don’t you?’ she said. I hadn’t actually thought much about it before but she’s absolutely right. I wince at adverbs (
Read more

We're going on a book hunt 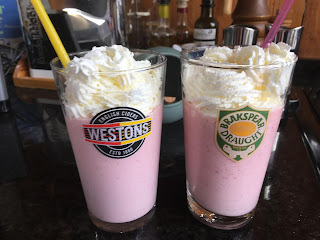 I'm back in my old haunts, up on the hill, dog walking when I make an interesting discovery. I haven't been up here for months but  I vow to thee my country that I'll get back to my old routine and do this early morning walk at least three times every week. At 28 kilos, Arty certainly needs the exercise. And me, at ahem I prefer not to mention but said quickly in imperial measures is at least a stone too heavy, well, I need to exercise too. It's late summer and the children are still on holiday but ready to go back to school soon, with new uniforms, shoes backpacks, sandwich boxes and pencil cases all to shop for this week.  (It always irritated me immensely that high street stores insisted on 'Back to School' displays as soon as the children broke up for the summer. How dare these commercial types spoil the magic of holiday time. Talk about pressure.) This morning, it's quiet on the hill until the rain starts dropping in ever increasingly large spl
Read more