Thunder on the mountain 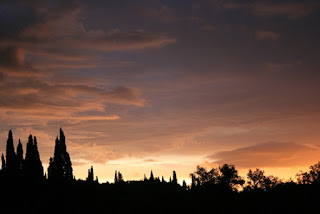 Dawn attempts to prise her rosy fingers apart through the morning sky.

But it is no good.

There is thunder on the mountain.

We count the seconds in between the lighting and the great cracks of thunder. It’s getting closer.

As the rain starts to fall in gentle drips and then a great torrent, Mr Grigg and I sigh. It’s raining again.

The water will be burbling through the streets of Corfu Town, chasing itself along shiny pavements and down into storm drains and then up again in a never-ending game of tag.
Today in Agios Magikades, we will be confined to indoor jobs as we hanker for the sunshine we had earlier in the week.  I felt guilty on Monday when I grabbed half an hour after lunch to read a book in the garden. But, hey, we should all make hay while the sun shines.

And up at St Simeon on its precarious perch on the side of a mountain, the wind gusted through the Sunday Name Day ceremony, threatening to topple the congregation right over the edge. 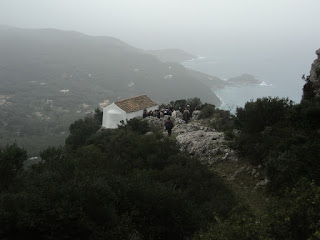 But these Corfiots are made of strong stuff. As the service went on in the tiny church, outside there was chatter and tsipouro as the assembled villagers celebrated, making sure they kept the right side of the newly-painted white lines to avoid eternal life below. 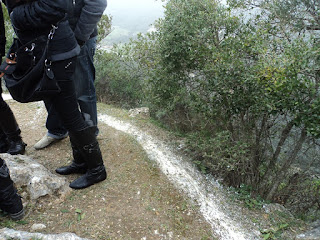 A head popped up from behind a rock. ‘Would you like a whisky?’ 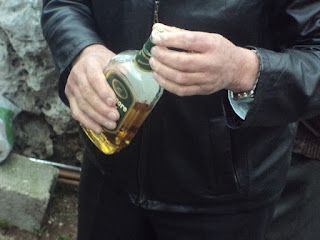 Who could say no on such a day?

Even the rocks here were designed as cup holders. 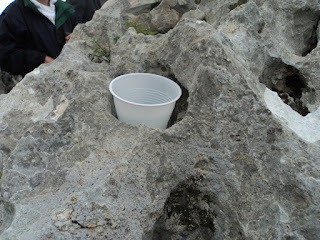 When the service ended and respects had been paid to the church and to the saint, great mattresses of sweet loaves and tubs of seeds and nuts were brought down and handed out as the people made their way back up the rocky path. 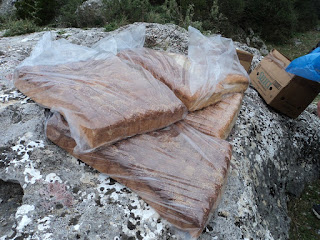 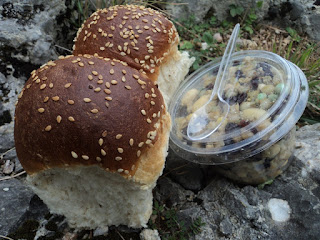 They wound their way home along the donkey track, destined for Sunday lunch and more celebrations. Car horns tooted and a shaft of light hit the priest as he drove by with his radio inadvertently tuned to the pop channel. 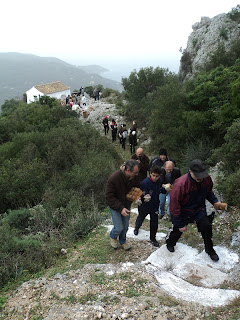 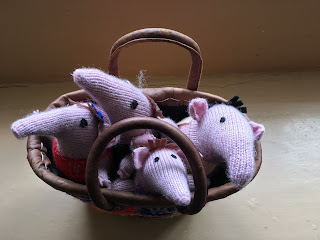 I see the moon, the moon sees me 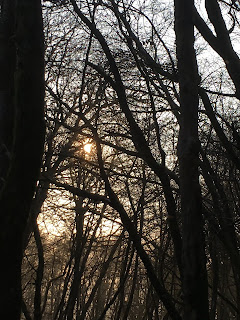 Going native in the Brexit headwind